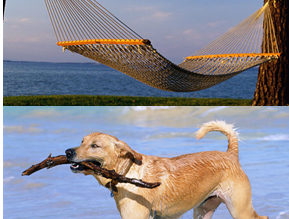 Exploration then follows as you seek to
“become” your curiosity
or “become” your question in the physical
through expressing an action and experience.
[This is the delusion/illusion realm]

NOTE:
When this illusion was first expressed,
when this slowed down state of expression was first rendered forth, something unique happened.

Many would say what happened was sad.

Only Real-stimulus and energy-contained were present in the expression. They were all that showed up.

They had never been alone in experience, ever.
What made the illusion happen did not come to the experience.

ALWAYS, before,
both energy-contained and Real-stimulus
had been ONE with the
Authority directing expression.

Both Real-stimulus and energy-contained were lost without the Presence of that Authority they were designed to partner with.

That loss caused for something new to happen.
Something new showed up for
Real-stimulus and energy-contained.
It was something that they had never known before:

FEAR and UNKNOWING
was what they registered in this ‘experience’.
That was all they could register.
That was the totality of what showed up as experience. Trauma resulted.

Trauma then became what was sent forward.

‘Abuse a child and the child will then abuse everything in its life.’

The cycle of abuse was started and there was no stopping it.
Abuse begat abuse.
Thwarting produced ever more thwarting.
Thwarting vomited out the excess of containment’s thwarting onto itself.

The illusion vomited out thwarting onto itself and everything else within itself.

From that,
all stimulus that then evolved thereafter did the same thing, repeating the cycle of experience.
… and expression of abuse.

The abuse cycle had started, never to end.

After that first moment of experience registered ONLY Fear and Unknowing as all it could know or ever would know in the nest it came into… this place of the delusion/illusion it was locked into a never ending repeating cycle. Damaged psyches begat damaged psyches, if you will.

But this must be perceived at a very much larger level; at a more metaphorically archetypal level of all expression in this place I call the Delusional-Illusion.

Thus, the Delusional-Illusion evolved to protect itself from this fear. It evolved what can be called the lizard or reptilian brain. This ‘brain’ drove ALL of its behavior to have false-power. At the human level this became a need for ‘wealth’, ‘control’, etc.

This rush produces a sense of well being.
It is the expectation of an endorphin rush, in turn, counters their constant perception of
fear and a state of unknowing.

Is a change happening how?   Yes.
What I call the #WhatIsNeededRule is in charge of that.
Will it look like what you might imagine or expect?
Probably not.